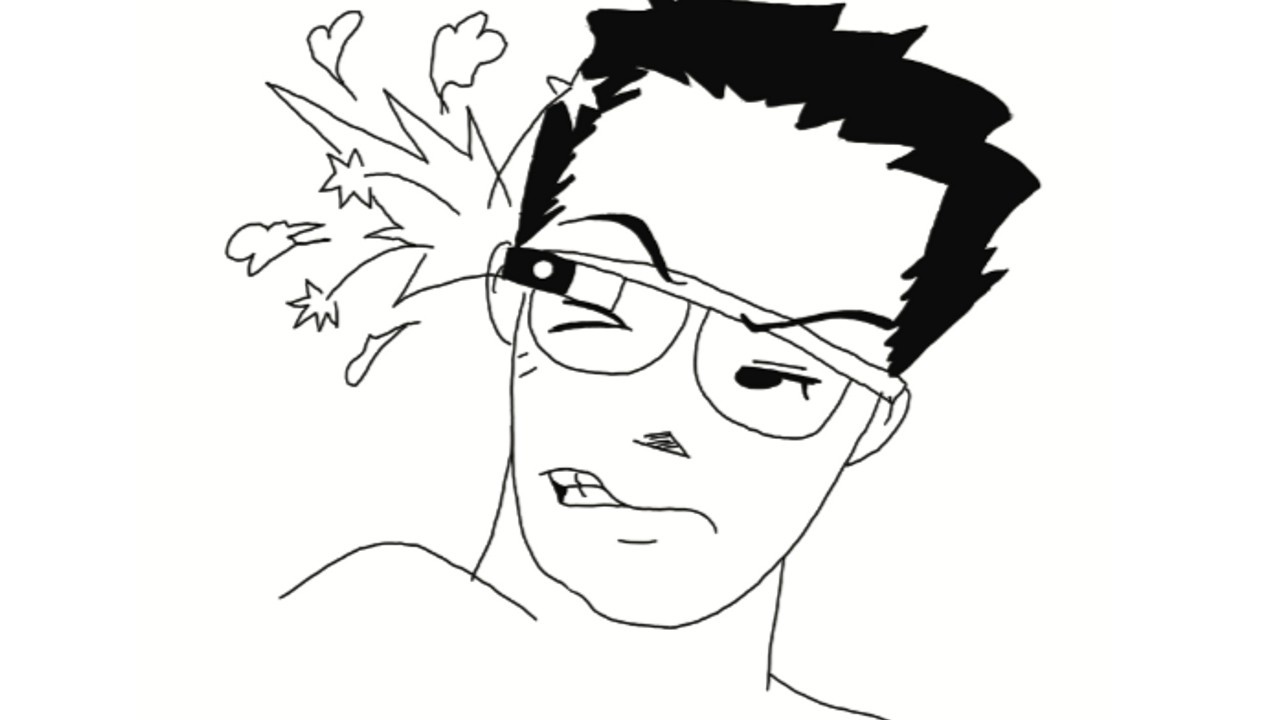 In 2009 a top-secret team of tech engineers at Google began work on a project with the aim of revolutionizing the world. Only a few years after the release of the iPhone, a supercomputer that fits in your pocket, the top scientists and researchers at Google set their sights on an innovation that would usurp even the mightiest competition. Rather than keeping that phone/camera/computer/GPS/game console/etc. in your pocket, this top-secret team would enable you to wear it on your face.

This team was developing what would eventually be called Google Glass, a pair of glasses that would bring your smartphone directly to your field of vision. Google envisioned Glass to be a fashion statement, a tech tool, and a hands-free means to stay connected in a way previously only dreamed of in science fiction. Google Glass would be one of those inventions that would change the way humans interacted in the world.

The internal fervor for this innovation grew so quickly that the team at Google decided they could not stay top-secret anymore. Google co-founder Sergey Brin had the idea of releasing Google Glass to a section of the public during its testing phase, getting critiques and making iterations externally rather than from within. Glass was released with unbelievable fanfare, and the sleek glasses were tried on by presidents, kings, fashion models, and of course, Oprah. Time Magazine named it one of the “best inventions of the year,”and by all estimations, Google Glass was set to revolutionize the way we use technology.

But then users started wearing them in bathrooms, and people grew very uncomfortable with standing next to someone at a urinal who could very well be recording a video. Casinos all over Las Vegas began banning them to prevent cheating. Film studios grew concerned about piracy, and movie theaters banned them nationwide. There were mass complaints about terrible battery life on the Glass, distracted driving, the health concern of having a cell phone attached to your head all day, as well as the public being unclear of its primary purpose. People didn’t know what they were supposed to do with it!

But then users started wearing them in bathrooms, and people grew very uncomfortable with standing next to someone at a urinal who could very well be recording a video.

In January of 2015, on the same day Inc. Magazine2 named Google Glass “the worst tech gadget ever invented,” Google discontinued all sales of Google Glass. The project was dead, contributing to a 3.6 billion-dollar loss for Google that same year.[KB3]

This all begs the question, did Google Glass fail simply because of a poor product, or because Google released a product that was not yet ready? Rather than spending the time to critique and revise this ambitious innovation amongst the team of designers and engineers, Google slapped Glass with a $1,500 price tag and released it to the public. It wasn’t scrutinized and tested the way it should have been, and as a result, it was a colossal failure.

It’s so easy to become overzealous about something you have poured your time and energy into, overlooking key details that can be spotted with strong critical feedback. This can sometimes lead to epic failures such as Google Glass. It also can mean presenting a creation that is incomplete, not having reached its full potential. It can be the difference between good and great. What you created might be serviceable or you might do well on a task, but was it excellent? Were you superb?

Excellence happens when we open ourselves up to critique, allowing others to give their perspectives and feedback, and being willing to use that feedback to improve. This is difficult to do because the work that we do is personal, and it can be extremely difficult to separate critical feedback from our work and ourselves. Closing ourselves and our work off from constructive criticism creates a one-dimensional echo chamber and inhibits growth progress.

The process of giving and receiving constructive criticism must be woven into the entirety of the work we do. The creative process requires iterations to achieve the best possible outcomes. When I write a book, maybe seventy percent of the time is spent actually writing it, and the other thirty percent is spent responding to feedback from friends and editors who read each draft. I shudder to think what you would think of me as a writer if you only read my first draft!

Now, does this mean I like receiving that constructive criticism of my work? Of course not! Critical feedback often stings and is not always easy to stomach. No matter how kind someone is when they deliver it, I can’t help but take it personal. Whether it is feedback from a blog post reader, someone leaving a comment on a Facebook video, a negative Amazon review, a poor evaluation from a student, or suggested edits from a professional editor- getting constructive criticism is rarely fun. And yet, I never turn away from it. It’s too valuable, too important if I want to grow and succeed.

Google Glass was not necessarily a poor invention. It was a device that undoubtedly had promise to solve problems we need solving. However, no matter how great an innovation is, it can still crash and burn without strong critical feedback.

And because of its failure, you can now go to the public bathroom in peace.