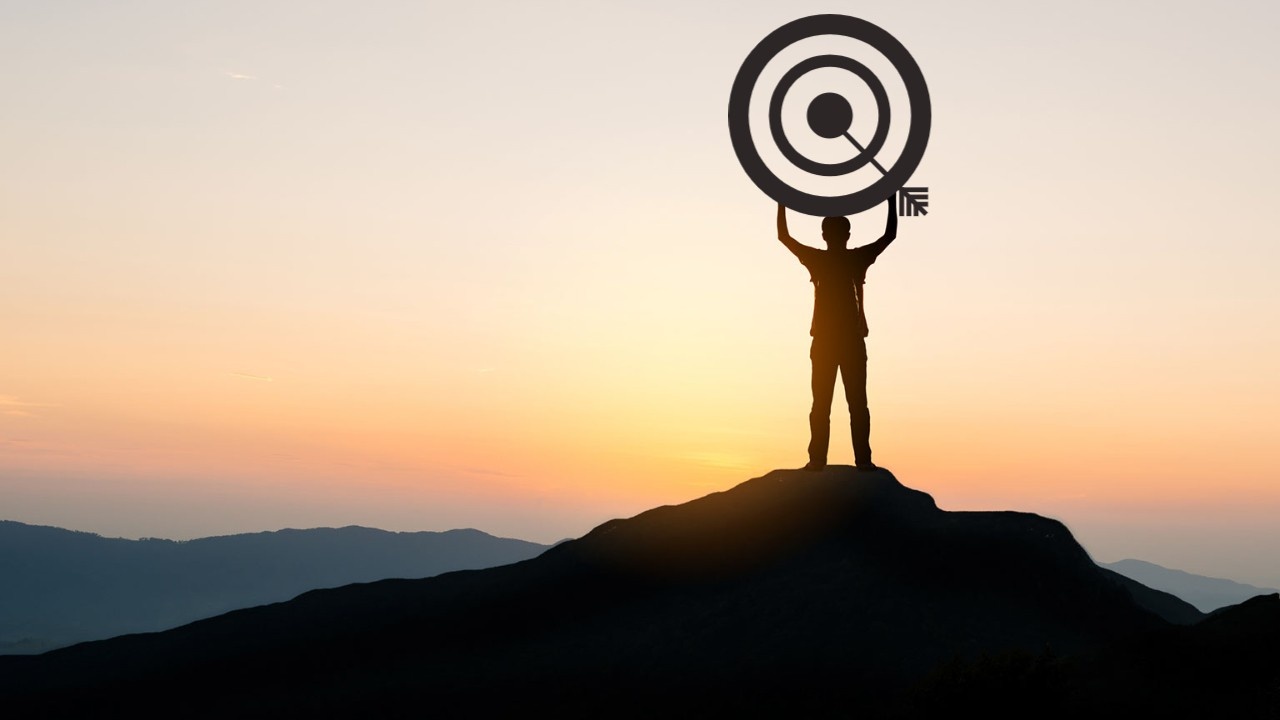 The Power of Teaching Students to Set Goals

I once had one of my good friends come and speak to my students about his growing career as a real estate agent. He talked about how he started his business, ways he has grown it, and really about the joy he finds in his work. At the end of his talk, he was taking questions from students, and one of my high schoolers asked, “Where did you go to college?”

My friend responded that he didn't go to college, and to be a real estate agent you have to be able to pass a test to get a license, and have the skills to grow your business from there. The student who asked that question was not exactly a star student. He often struggled in school and was one of those kids who usually did just enough to get by academically.

I watched this student’s eyes light up, and afterwards he told me how excited he was that he might actually have a career that didn't require him to go to four more years of school. As his teacher, I was excited for him as well. This is not a message he has heard throughout most of his school experience, so to see him have passion for something and actually set a goal for himself was invigorating.

“This is not the message we should be sending to students.”

Well, the next day I was called into my principal's office. I assumed she wanted to commend me for bringing in a guest speaker who inspired students. I couldn't be more wrong. Instead my principal asked me why I brought someone into school who was promoting an anti-college message to our students. I was taken off guard, and said, “Oh no, that isn't why he came in to my class at all. He was really just talking about his career and answered a question one of the students asked him. She replied that that is not the type of messaging we want in our school, and certainly not the type of speaker we want in front of our students. And to make sure I understood the severity of the issue, for the rest of the year I would need to submit a lesson plan to her every single day to ensure it did not happen again.

I left her office feeling absolutely deflated that day, primarily because she did not believe me and also because she did not seem to recognize what this experience was doing for this student who previously had very little ambition for his life, but was now passionate about it. Because even though I felt deflated after this event, he did not. Having this passion and goal lit a fire in him, and transformed his posture toward school. He started working harder, contributing more, and engaging in his classes. Something about having a concrete goal affected how he approached his everyday life.

My takeaway from getting in trouble.

There are a number of takeaways from this story we could talk about. We could discuss how not trusting educators can have a deeply negative effect on morale (For a number of reasons, including this one, I left that school at the end of that year). We could also talk about the need to emphasize alternatives to college, and that even though college is a great option for many students, it is not the best option for every one of them. Therefore, what k-12 education looks like should reflect that.

But instead, let's talk about the power of teaching students how to set goals and what happens when they learn they are attainable.

The power of goal setting.

There’s something very powerful about gaining direction. One of my favorite sayings is, “A strong WHY allows us to withstand any HOW. When we have deep underlying purpose fueling our work, the result is heightened work ethic and tenacity. As educators, this means we not only need to communicate the purpose behind the work we give students, but also examine regularly how we can make the work we give them more purposeful. Students need to see what can happen when they set goals and actively seek to achieve them.

If you’re an educator, you probably have goals you are working towards. Whether it’s a masters degree, doctorate, paying off your home, saving up for a vacation, etc., it’s beneficial to let students in on this process for you. Model for them what realistic goal setting looks like from an important adult in their life. Let them know how you’re working towards that goal and what small steps you are taking to get there.

For instance, I was once saving up to buy a newer car. I told my high school seniors that I wanted a Ford Fusion, but didn't have quite enough money to buy it yet. After laughing at me for wanting to get a Ford Fusion, they listened as I explained how I am setting aside a certain amount of money each month until I have what I need. Periodically I would check in with them and let them know where I am at with that. And then on a cold day in December, when I pulled into school in a shiny used Fusion, we jokingly celebrated that I finally met my goal.

Jane Porter writes in her article The Science of Setting and Achieving Goals, “Setting and achieving goals isn’t about knowing how you’ll get to the end-result, but rather understanding the incremental steps needed to edge you closer to it.” Students need to see the journey that it takes to reach that achievement.

As I was writing this article, my seven-year-old son asked what I was working on, and I said I'm writing about setting goals. He lit up and said, “That's what we're doing in class!” He went on to tell me that in his second grade class, the teacher had students set a goal to become better readers. She explained to them that one of the best ways to do that is to re-read past texts that you may have struggled with the first time. At the beginning of the week, she has students write their goals on sticky notes for how many times they will reread that week, and then have them put those sticky notes in a folder. Each time they chip away at that goal they remove one of the stickies from their folder. At the end of the week, if the sticky notes are no longer in their folder, they will know that they are now better readers.

My son's teacher is teaching him at a very young age how to set goals and how to take part in incremental tasks to achieve them. This is a fundamental skill that my son will use the rest of his life.

Project Based Learning does this for students.

In my opinion, this is all project-based learning is. It is helping students identify a purposeful task, and putting in the work to solve it. I once helped a group of teachers at an alternative high school plan a project to clean up the river that flows through their school's neighborhood. The teacher started the project by taking the students, who live in the inner city, on a field trip to the countryside where this river originates. Students made note of the differences between the river in the country vs the city: they saw how it is cleaner at its headwaters, the water is clear, less pollution on the shoreline, and even has parks along the riverbank.

They asked the question: why isn’t our part of the river like this?

Naturally this motivated students to want to do something about the condition of the river by their homes. They set goals for themselves and their neighborhood. The rest of the project entailed planning and coming up with ideas. They had to present and fine-tune those ideas with each other. Students learned the science behind the river they are helping save, created materials using that learning to attract other people to help, and organized a clean-up day. And at the end of the project they held a huge community showcase that a county commissioner attended where students pitched their grand ideas.

That was their goal from the outset, and by the end of the project they achieved it. And in the process, they learned science, persuasive writing, and the impact they can have when they work hard towards something meaningful.

Goal setting is a fundamental skill for all students.

The students achieved this goal because they cared about their neighborhood. My son achieved his because he cares about becoming a better reader. The student who started working harder in school because he heard the story of a real estate agent, cared about his future, especially when he learned it could be a bright one. There is so much power in having something to aim for in life, and educators have a tremendous opportunity to help students figure out what that is and how to pursue it.

Want to dive deeper into this? Listen to this episode on The Epic Classroom Podcast. 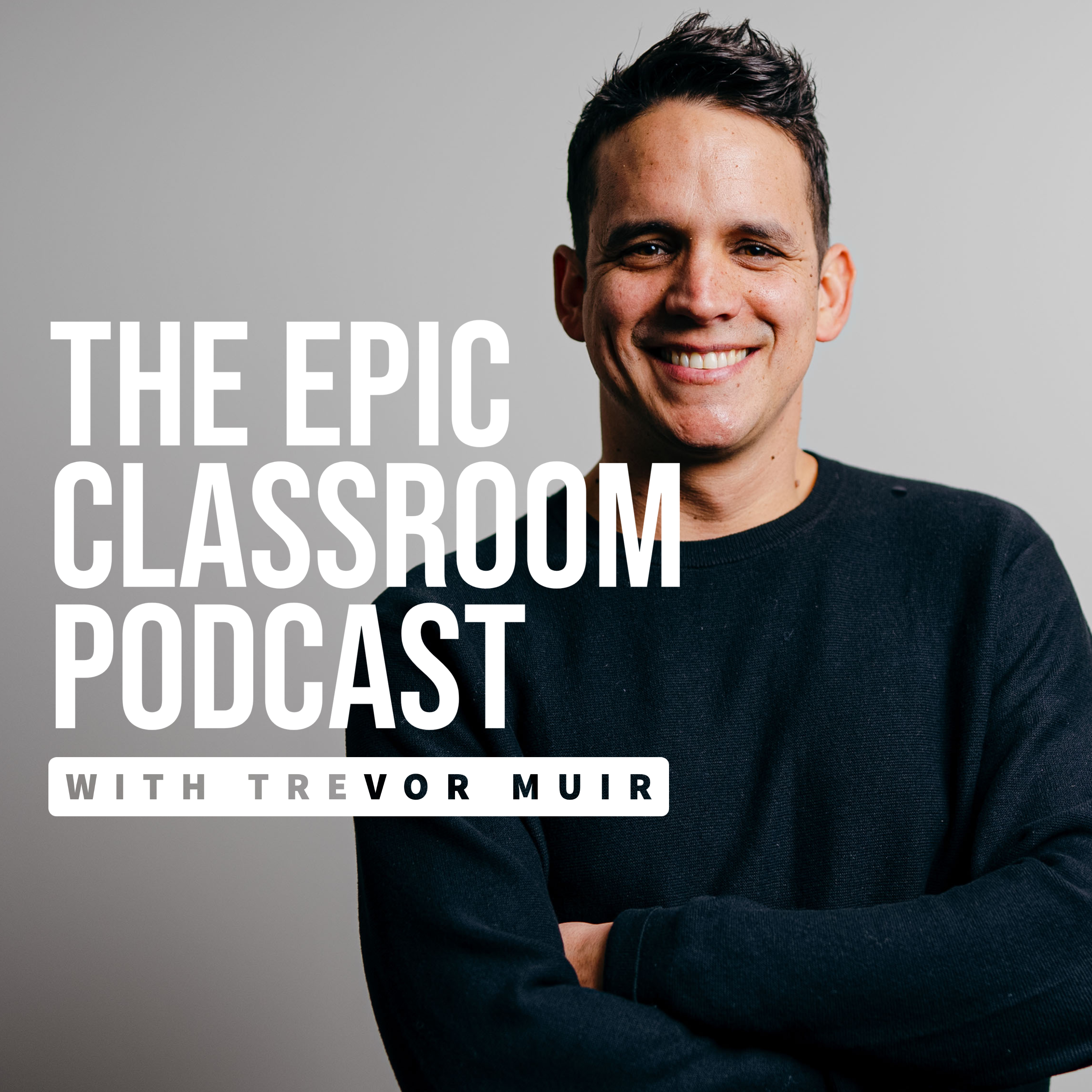