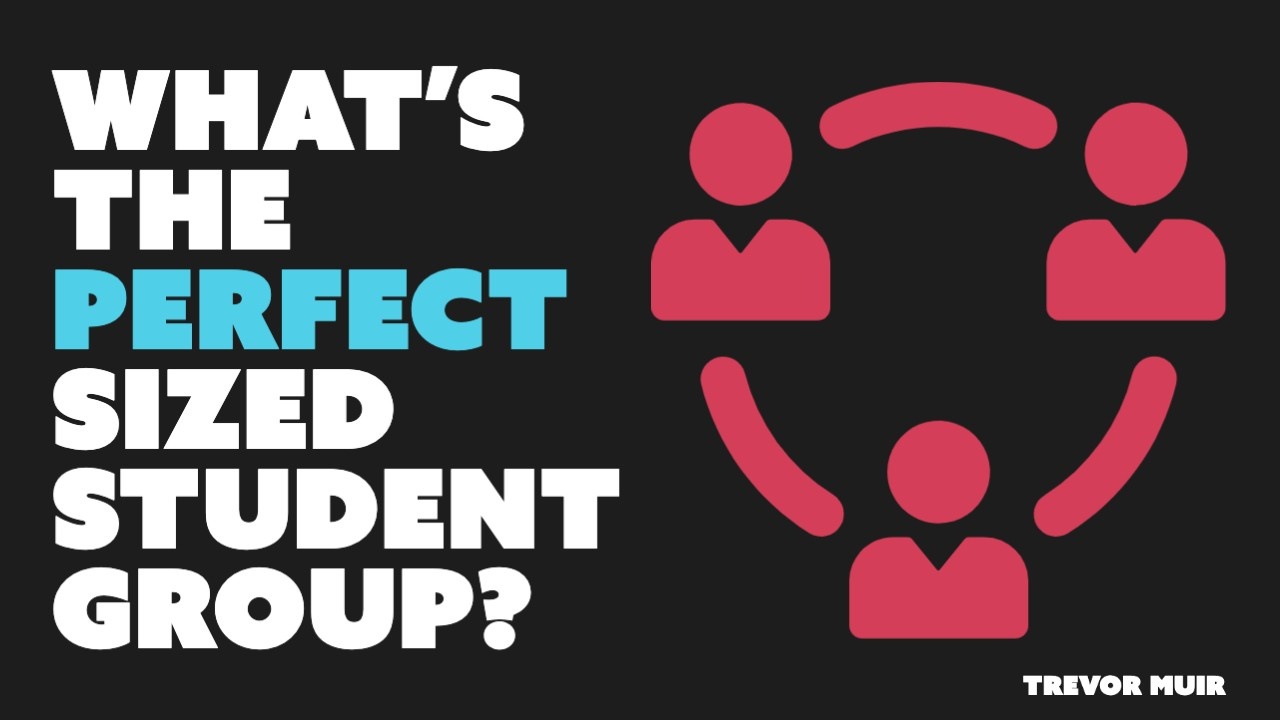 Classroom collaboration can lead to deeper learning while also allowing students to learn a skill that they will use the rest of their lives. However, group work also introduces variables that can create student conflict, lack of productivity, and teachers ruing the day they thought a group project would be a good idea. One of the keys to ensuring classroom collaboration is successful is choosing student groups with intentionality. While there are several things to consider when creating student groups, one of the most important is considering the optimal group size.

You can have too many students in a group.

The first group project I ever had my students work in was in groups of 8.

As you can imagine, it was absolute mayhem. The students were constantly off-task. The most outspoken students were the only ones heard while the quiet ones were easily drowned out. The ‘slackers’ had no problem shirking responsibility and allowing the inevitable go-getters do all the work. Such large groups made collaborative classroom management almost impossible.

Having too large of groups is a recipe for disaster for students and their teacher. If collaborative work time is solely spent managing collaboration, the benefits of collaboration will not happen. However, even if a class has a collaborative culture in place to manage this time effectively, groups of this size tend to break off into sub-groups and the work becomes compartmentalized. This negates the purpose of such a large group.

You can have too few students in a group.

After seeing that 8 students is way too large for a group, for the next collaborative project, I had students work in pairs. My thinking was: the smaller, the better. There’d be less distractions and more focus on the tasks at hand. However, I quickly learned two-person groups have their own issues. For one, students in pairs cannot accomplish the same amount of work as larger groups. If the adage, “Many hands make light work” is true, then the scale of a project is much smaller with groups of two. A group of that size could not accomplish all of the tasks a true project requires in the time that is available.

Two person groups also mean less ideas are contributed and fewer skills are brought to a collaborative task. The heart of collaboration is combining skills and experiences to improve outcomes. While two is better than one, it is still limiting.

Additionally, groups of two can create a dichotomy. It can be hard to come to a consensus between two group members because the group is lacking a majority. When I tried a two-person collaborative project, I constantly saw students stuck in disagreements and having trouble reaching decisions.

So what is the optimal group size for classroom collaboration? Princeton researcher, Patrick Laughlin, a professor at the University of Illinois, conducted a study for the Princeton Review where he gave 760 students a specific problem. He compared the results of students who completed the problem individually with the results of students who worked in groups of two, three, four, and five. He found that the groups of two did not perform any better than the individuals. Groups of three, four, and five, however, all equally outperformed them.

However, because three-person groups are the most efficient and easy to manage, you could conclude that the optimal group size is three. There are a number of reasons for this. First, groups of three are small enough to remain conversational but large enough to have varying perspectives. Next, students can accomplish more by collaborating, but do not have so many group members that some can sit around with nothing to do. Having three people also eliminates the issue of groups becoming split on decisions. Three allows there to be a majority, which makes decision-making smoother.

I’ve also assigned many four-person groups in my classroom because certain projects and tasks have more to accomplish and therefore benefit from having larger groups. However, five students per group is the limit, because anything past that point can quickly become ineffective.

For more on creating effective student groups, check out my book The Collaborative Classroom on Amazon.