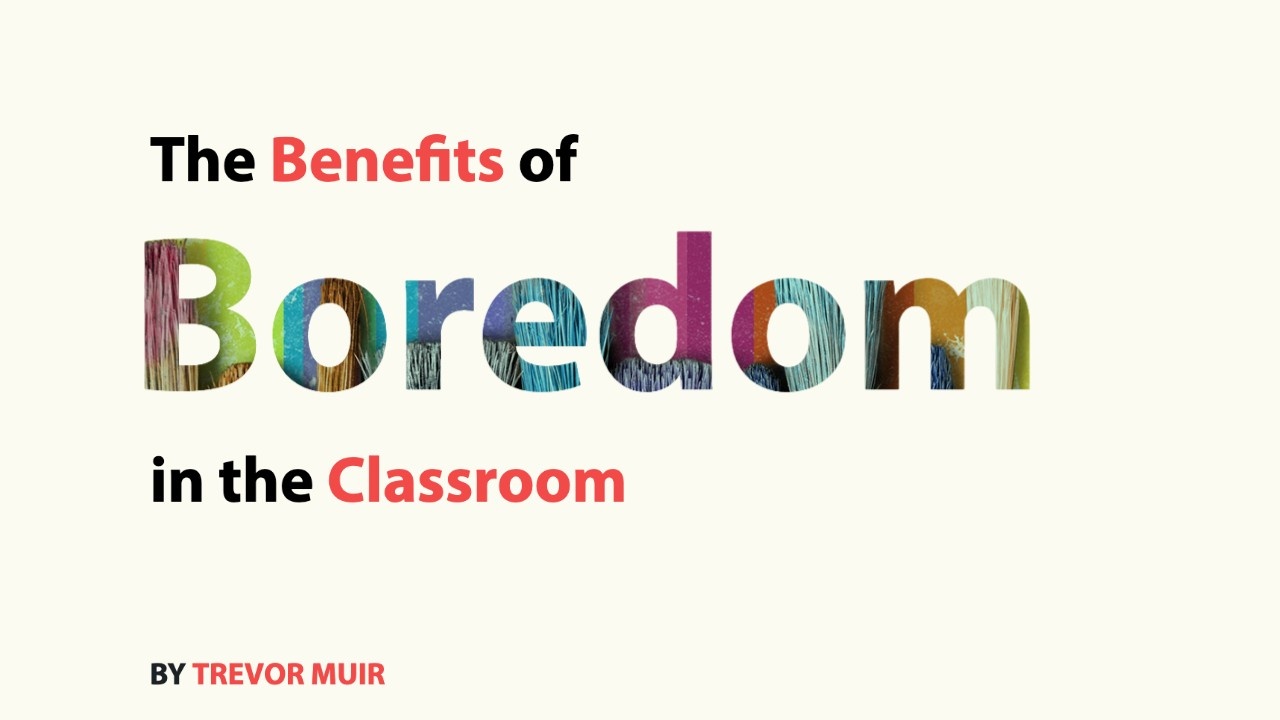 The Benefits of Boredom in the Classroom

I love to tell exciting stories from my childhood. Like when I jumped on the back of a live, 7 foot-long alligator. Or the time a hurricane knocked over my great grandparents apartment and I had to piggyback my 90 year-old great grandmother out of the wreckage during the eye of the storm. I could spend all day sharing about losing the soccer game because I wasn’t paying attention in the goal, or talk about playing pranks on the school bus with my friends. I love delving through life for those great stories.

However, the truth is, much of my childhood was boring. Summer vacation was either spent sitting in a shady spot under a tree with nothing to do, or sweating in the sun doing chores. The bus rides to school usually involved staring out the window and picking at gum on the back of the seat. Every other hurricane just went up the coast and missed my town completely.

And yet, it was not mundane. These down moments in life, the moments that made up most of the days, were some of my most formative. In times when there is nothing to do, that is when your brain is at its most creative. I used to come up with stories on those long summer days. I would seek out friends in the neighborhood to play ball at the park or even to sit in the shade with me. At the lunch table at school, we would take turns twisting an apple stem, calling out a letter for every turn, and whoever broke the stem off was destined to marry a girl whose name started with that letter. My brother would yell at me every evening for invading his room while he played Jeopardy with his friend who was on the other line from the landline in his room. This was all there was to do! If you wanted to enjoy yourself, you had to get creative.

Life was often boring, but that boredom was the birthplace of creativity.

Our culture has a problem with boredom. It has become the enemy of the people, synonymous with bad. It is bad for us to be bored. School should always be exciting; schedules should always be packed with soccer practice, ballet, clubs, and birthday parties; road trips are defined by iPads and movies; unlimited data plans are replacing WIFI passwords. We feel guilty when we have a Saturday with nothing planned, as if sitting at home with nothing to do is a sin against our culture.

As a result, we have a much-less-bored society. My son has friends in 3rd grade who have newer iPhones than me. Those kids never have to be bored. As a teacher, one of my greatest competitors for students’ attention was Fortnight being played underneath their desks. “Why do I have to put my phone away?” they ask. I reply, “Because we’re talking about this book we all read.”

Well I don’t think it is, especially if you dedicate some mental space to it, but that takes work. That takes embracing some silence. That means looking up from a screen into the world you are actually in. It might not always be exciting, and maybe a little boring at times, but that is perfectly okay.

When a School Near Me Banned Cell Phones

A school district in my city just instituted a district-wide ban on cell phones for all students. During school hours, students are not allowed to have a cell phone in their possession. Of course there was an outcry from many parents, students, and even some teachers.

Parents: “What if I need to get in touch with my child during the day? What if there is an emergency?”

Students: “But my cell phone is a very real part of my world. My school needs to accept that as a reality.”

Many teachers: “From video projects to conducting research, I have my students utilize their phones all the time.”

Society: “If we want people to know how to use technology responsibly as adults, we have to teach them that in school.” 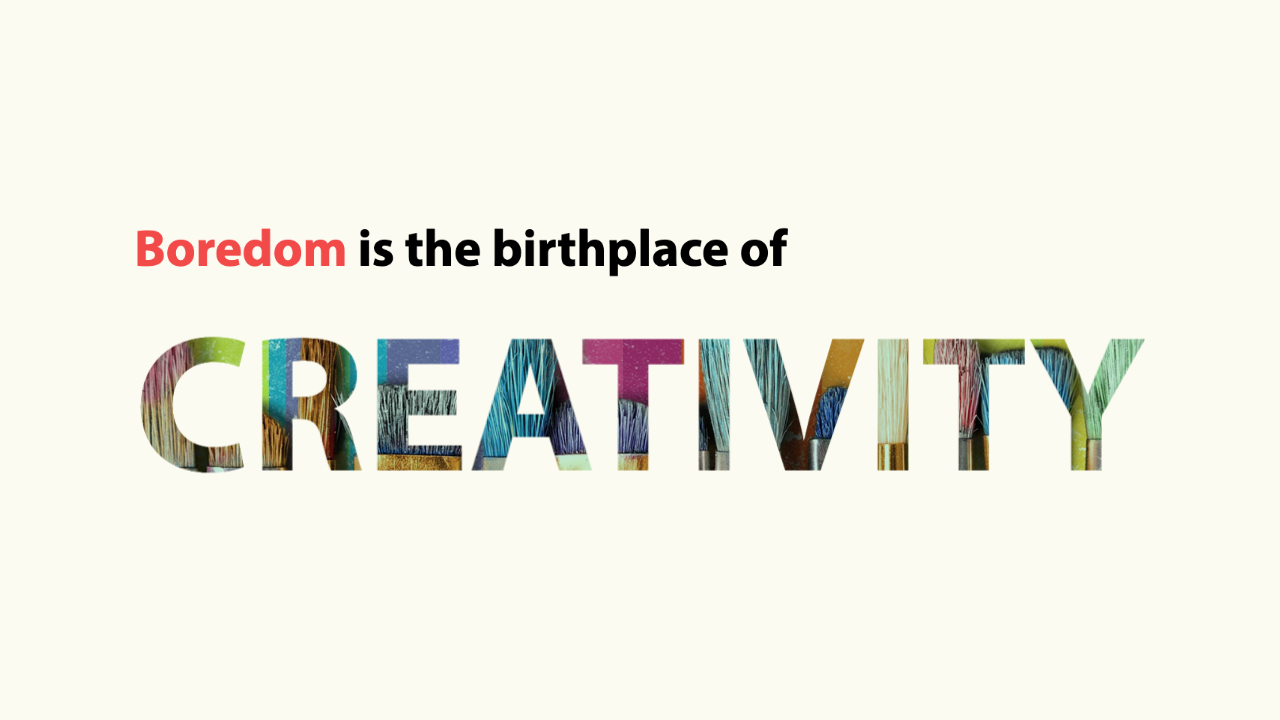 These are all legitimate reasons to not ban phones. However, they all come at a cost. From the increasing mental health issues in young people that have a direct correlation to cell phone usage, to the constant disruptions that happen because of them, we have to weigh the pluses and minuses of this technology in schools. And at a deeper level, we must consider the ramifications of a society that does not know how to be bored.

When I get home from work, I often lock my phone in a drawer in the kitchen. I have to do this, otherwise I know that I will check it too often when I should be engaged with my family. I know how tempting it is to check my email. I like the dopamine rush from seeing Facebook notifications. I know how even though I love playing with my kids, it can get a little boring after a while, and my phone is a great antidote for that. I’ve had to create a structure, a discipline for myself to resist temptation to escape boredom. I’m no better than students with phones underneath their desks- this is why I need this discipline!

And this elf-regulation is derived from my fond memories of a ‘disconnected childhood.’ I remember the richness of sitting at the dinner table without screens. I remember writing stories at the kitchen counter for the sake of writing stories. I recall the great ideas we would come up with because there was nothing else to do. I want this for my kids, and I still want it for myself. Lack of technology forced a cell phone ban on me as a child, and I’m grateful for that. So are a lot of other adults from my generation who grew up in a more boring time period. Not to get all Andy Rooney on you, but there is something undeniably sweet about a time before cell phones.

Cell Phones Are Not Inherently Evil

This doesn’t mean I’m against cell phones, not even necessarily in schools. They have allowed me to connect with past friends and family in amazing ways. They allowed my students to film interviews with World War II veterans and use social media in class to connect with kids in different countries. Cell phones are not inherently evil, and are often an incredibly useful tool.

But they are the bane of boredom. And so we have to be aware of that, and create systems and structures to make sure we can still disconnect. This might mean cell phone bans in schools. It also might mean just placing restrictions on them and teaching students how to manage their time on phones responsibly.

It also means adults locking their phones in the kitchen drawer more often. And turning off the podcast on the drive to work every now and then. And sending their 3rd graders to school without iPhones in their pockets. And all of us realizing that boredom is not a bad thing, but instead an opportunity to access creativity that can only be unlocked when there is nothing else to do.